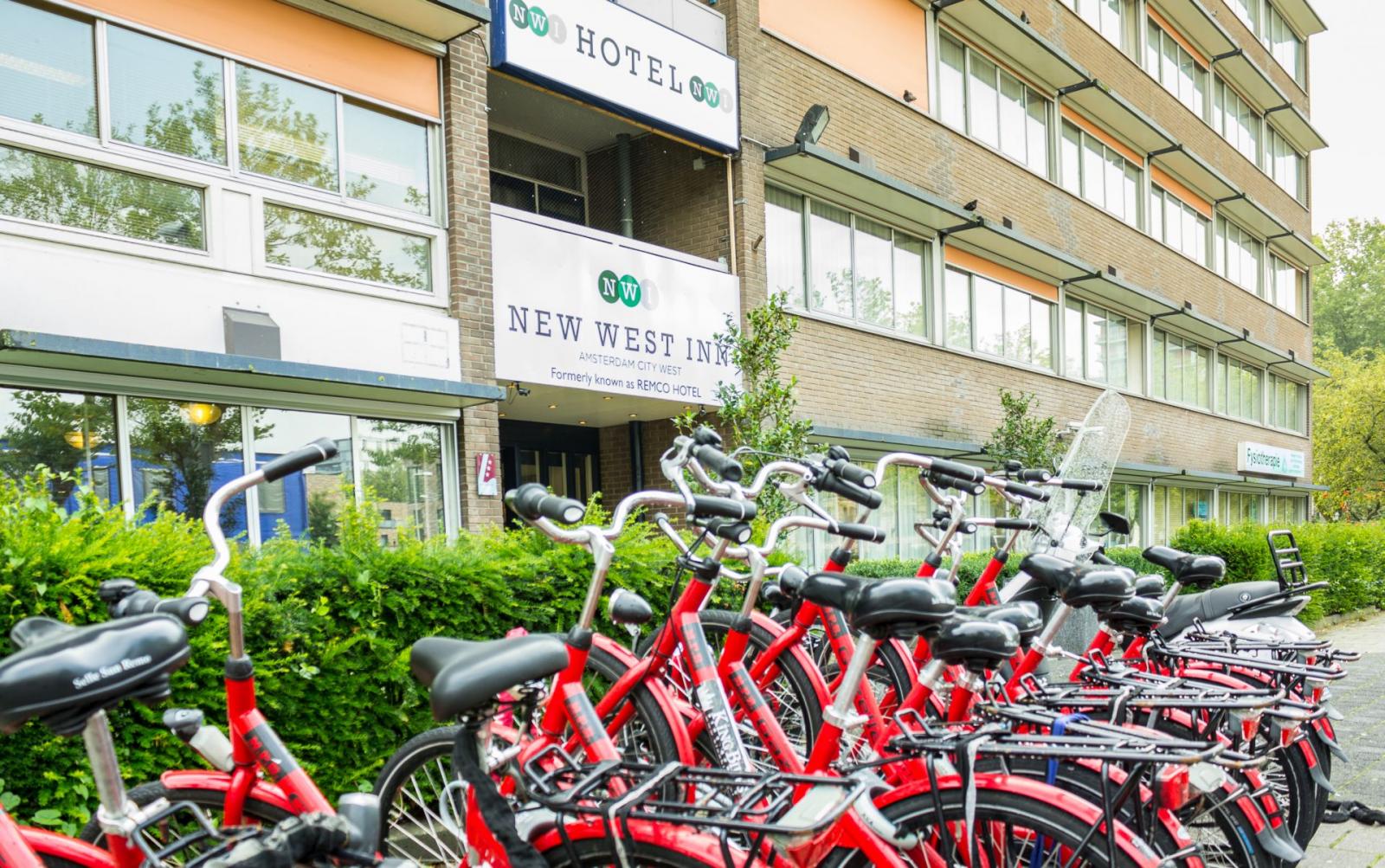 Do you often return to New West Inn?

Please contact our reservations department to check if you are considered for a discount with your next stay!

How to reach the New West Inn by public transport

From Schiphol Airport you can take bus number 69 in the direction of Station Sloterdijk. After about half an hour you have to get off at stop Reimerswaalstraat. When you got off, you see the Reimerswaalstraat on the other side of the street. In this street you will find the New West Inn at the right side of the street.
From Schiphol Airport you can also take the train to Station Lelylaan. From this station you can follow the directions below.

From Station Lelylaan you can take tram number 17 in the direction of Osdorp Dijkgraafplein. You have to get off after approximately 10 minutes at stop Hoekenes. When you got off the tram, walk a bit further and go to the right at the foot path next to the water. The foot path first branches off to left and then to the right. You continue to follow the foot path over a small bridge. After that you cross a large street (Osdorper Ban) and then you walk into the Reimerswaalstraat. New West Inn is a bit further on the right side.

From Amsterdam Central Station you can take tram number 17 in the direction of Osdorp Dijkgraafplein. You have to get off after about half an hour at stop Hoekenes. When you got off the tram, follow the same directions as given at ‘Station Lelylaan’ to walk to New West Inn.

How to reach New West Inn by car

Follow the ring way A10 West. Take exit S106 Osdorp and follow the direction Osdorp. At the end of the road, go to the right on ‘Meer en Vaart’. At the third traffic light, go to the left on Osdorper Ban. When you see a church on your right side, you have to go to the right. This is the Reimerswaalstraat. You will find New West Inn in this street at the right side. You can park for free at this public parking with plenty of space, but take your valuables out of your car just to be safe.